Lost in a Dream

DC-based vocalist Kristin Callahan makes bold artistic strides on her new release Lost in a Dream, a soulful, highly polished collaboration with co-producer, arranger, and bassist Eliot Seppa. Following up her previous albums A New Love and One Magic Day, both more traditional collections of standards, Callahan envisioned a different aesthetic for Lost in a Dream. “I wanted an earthier sound,” Callahan says, “with acoustic guitar, percussion, a move away from being quite so traditional. I wanted to do something that really reflected me: my personality, my style, my taste. Eliot really understood. We discussed what I was thinking and he was so open to it all.”

“I was inspired by Kristin’s vision to create a singular work of art,” Seppa comments. “I’m proud to have been a part of it. Her melodic interpretations, with acoustic guitar and acoustic bass, give the whole project a pure, organic feeling. The percussion and horns add satisfying textures. Kristin was passionate about featuring each instrumentalist, which tastefully allows the arrangements to breathe and never distracts from the deep, often poignant lyrics of these classic songs.”

“Lost in a Dream,” the title track and the one Callahan original, is a wistful minor-key reflection on unrequited love. “The person in love is literally lost in a dream, hoping their love will finally be reciprocated,” Callahan remarks. “‘Caravan’ is the only song on the album about new love and all the mystery and excitement that can come with it. But the remaining tracks are similar to ‘Lost in a Dream’ in that they’re about memories of a past love or the loss of love. Obviously, a lot of people experience the downside of love, but it brings about some really beautiful music!”

As she planned Lost in a Dream, Callahan found herself listening to certain artists, gathering ideas and inspiration. It was Seppa who turned her attention to Ray Barretto’s late ’60s/early ’70s music, which loosely informed Seppa’s treatments of “Softly” and the Ellington staple “Caravan.” The leadoff track, Billy Strayhorn’s “Lush Life,” was something Callahan promised herself she’d take on ever since she heard Andy Bey’s captivating 2004 version on American Song. With Seppa’s help and in refreshing ways, she highlights the song’s many transitions: how the groove and emphasis shift at the line, “Then you came along with your siren song,” and then once more, after the long fermata, for the song’s devastating signature phrase, “Life is lonely again.” The execution is spot-on, the liberties taken not only musically sound, but inspired: “That’s what I really love in a song,” Callahan says, “when it surprises me, when it’s different.”

It was Ron Carter’s version of “The Shadow of Your Smile” (from The Bass and I) that captured Callahan’s imagination. In particular, the playing of Steve Kroon, Carter’s percussionist of choice, struck a nerve and reaffirmed Callahan’s desire to incorporate percussion into her own work. As an introductory lead-in to “’Round Midnight” called “Memories Always Start” (from a line in Bernie Hanighen’s lyric), Callahan sought to evoke the “mysterious and sad feeling” she perceived in Tom Teasley’s frame drum. “The lyrics to this Monk classic really fit that mood,” she notes. “It’s so gorgeous the way Tom circles his finger around the drum and it makes this almost whale-like sound. When I heard it, I imagined someone sitting in a dim room as the song comes in.”

By focusing on arrangements and emotional intent, rather than filling space in a conventional way with virtuosic improvised solos, Callahan got to the heart of what defines her as an artist with Lost in a Dream. Seppa and the band, with their receptive ears and intuitive musicianship, played an indispensable role. “I’m looking for the vibe of the song, getting the feeling across,” Callahan says, and no doubt, that’s precisely what she did.

"Lost in a Dream is a stunningly beautiful, moving, and satisfying album. Kristin Callahan is an extraordinary interpreter and performer of these exquisite pieces of music. The arrangements are wonderful, the musicians are precise and poetic, but Kristin herself is the reason we came."
-Travis Rogers Jr, The Jazz Owl

"She is riveting as she gets fragile around the tapped percussive strings on “Once I Loved”.  As flexible and strong as Cirque du Soleil."
-George W. Harris, Jazz Weekly

"The prime pleasure of the disc overall is the dark, silvery beauty of Miss Callahan’s voice. She uses it with sublime craftsmanship"
-Raul Da Gama, JazzdaGama

"Make no mistake about this:  she’s a thrush of the first order. She’s no stranger to lighting an intimate fire and letting it simmer."
-Chris Spector, Midwest Record

"This is my first exposure to Kristin’s warm romantic vocals, and I can tell you right now, it won’t be the last. What sets her apart from all the others is her exquisite “pacing”… sleek, soft and haunting!"
-Dick Metcalf, Contemporary Fusion Reviews

"There’s a lushness and a variety to these songs that, while anchored by gentle Latin rhythms, still transports you very different worlds. Seppa and Callahan are joined by guitarist Matvei Sigalov, trumpeter Joe Herrera and percussionist Tom Teasley, but it’s Kristin Callahan’s voice that will make you stay."
-Mark Phillips, The Vinyl Anachronist 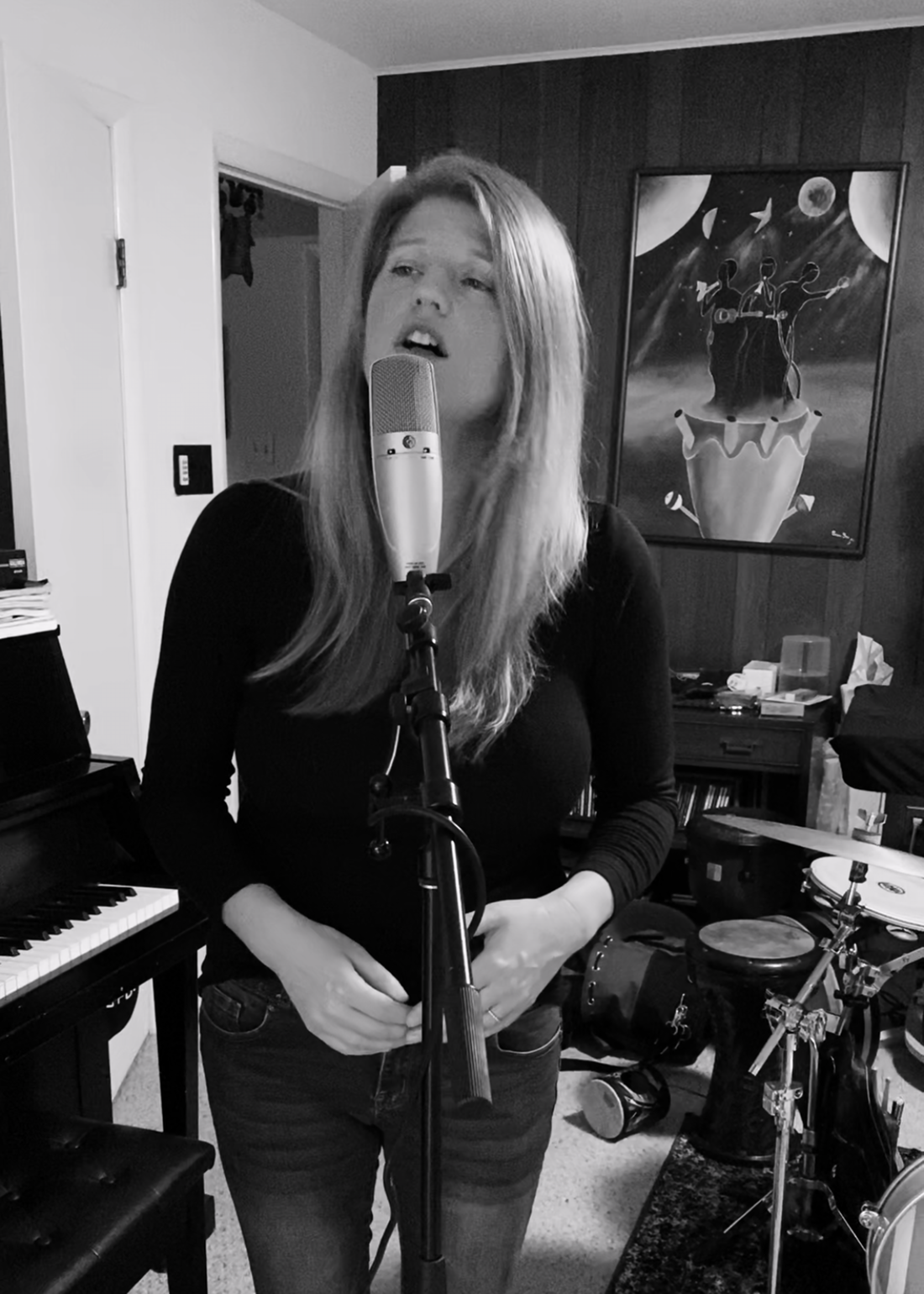